On June 25, 2018, a request came from our client.
Ad Duqm is working on an immense port; The Port of Duqm. It is one kilometre long, 500 meters wide and 18 meters deep. The plan is to siphon sea water into the so-called pit.
That this was done in a well-controlled manner was of great importance. Should the water flow in too quickly, the “walls”, where the ships will be moored, could break through.

“An impressively large project”, according to our service engineer Dennis. After a period of engineering and preparation in Noordwolde, he arrived in Duqm on January 7th , just after the arrival of the equipment. He supervised the progress of the project. On January 11th the first tests with the siphon systems were carried out and a number of small leaks were repaired that day. The next day, all four siphon systems were working and 50,000 cubic meters of water per hour were fed into the pit. This is equivalent to fifty million litres of water!

After a week and a half of pumping at full power, the “0” point was reached and the pit was filled. In total, ten million cubic meters of water were moved with Van Heck’s knowledge and materials. We can speak of a satisfied customer and a successful project. Our engineers are now working on a similar project for 2020. 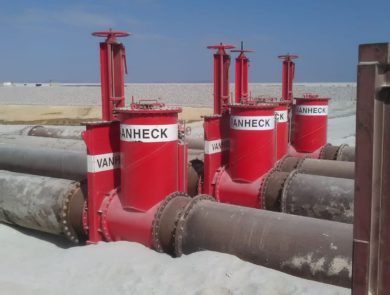 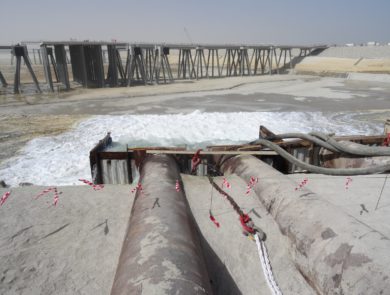 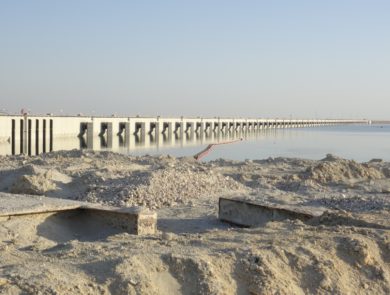 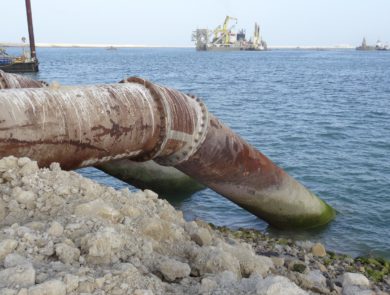 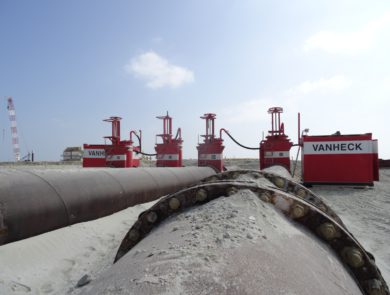