Sea Trophy ready to take on the world

The development of the Sea Trophy – the submersible oil recovery pump devised and patented by Van Heck – continues. Within one year, five emergency response sets were produced. One telephone call is all it takes to have the pump sent out straightaway. The entire set is no larger than one pallet box. Salvors and ship owners everywhere are extremely interested in this product, especially after a ‘green and easy’ mailing was distributed.

The Sea Trophy was developed primarily to prevent oil spill disasters. When a tanker runs aground, the small spindle pump can empty the fuel tanks in very little time. Shipping companies are interested because there are still cases in which the wrong fuel oil is loaded on-board a vessel. If this means that the vessel has to remain at the quayside, it costs the shipping company a lot of money. Having the Sea Trophy already on board or in the harbour can considerably reduce these costs.

Jeroen: ‘Over the last year, we’ve conducted test after test to learn exactly how the pump behaves. Meanwhile, we were pleased to be informed by Veritas that the pump can bear its seal of approval. The demonstration for the French Navy was an unqualified success. In addition, the manifold design was revised and the Milk Can was improved to make it suitable for tanks without sounding pipes. The production model of the Milk Can is made from aluminium which makes it considerably lighter than the steel prototype.’ 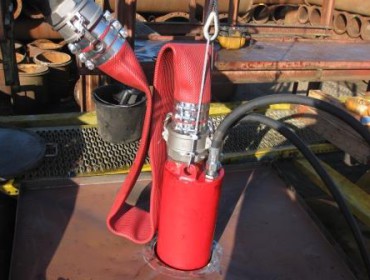 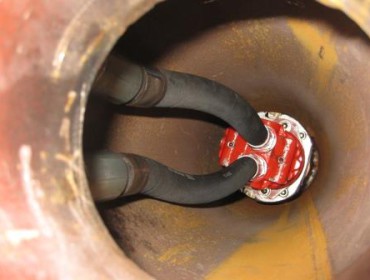