‘Quickly’ flushing out a 3.4 metre pipe

Flush out a pipeline with 3.4 metre diameter

Although Van Heck uses large numbers in most of the work it does around the world, it’s always impressive to see a pipeline with a 3.4 metre diameter. It takes serious calculation to flush out a pipe of that size; which is exactly what Van Heck is doing at Wilhelmshaven, where a coal power station is currently under construction.

The four cooling ducts run more than a kilometre out to sea. The more or less eighty-centimetre-thick layer of silt that has formed inside the duct must be removed before the ducts can go operational. The contractor group, Bunte and Möbius, has to deliver the pipes in a clean state. Jeroen: “The construction is behind schedule and we’ve had to flush the pipes a few times already. We had to do a lot of fitting and measuring to install the pumps in the deep, narrow shafts. In addition, we also had to do a lot of calculation and testing to find the optimal speeds for carrying the silt away.” The pipes are cleaned in several phases: The problem that needed to be solved in the first phase was how to get the electrical AFP600 and hydraulic VSPH400 submersible pumps into the shafts. Van Heck used four HK700 pumps, the largest of its kind, in the subsequent phases.

Van Heck mainly provided the solutions and the equipment, as well as a few technicians to help with the assembly and pumping operations. The rest of the work is done by the contractor’s own staff. Van Heck is the brains, and they’re the hands. 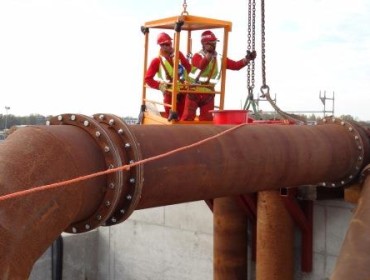 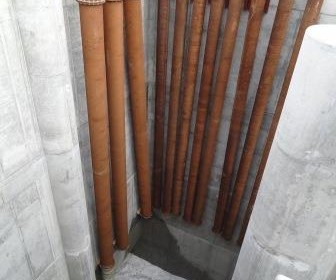 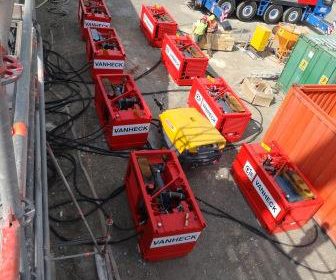