Though spring is now doing its best to break through in the Netherlands, a few weeks ago we struggled with heavy storms and heavy precipitation.
This was also the case in Donkerbroek, a small town near the Frisian Oosterwolde.

On Tuesday morning, February 22, Van Heck received a call from the province of Fryslân that help was needed. The entrance and exit of the N381 highway had been flooded because the polder pumping station had broken down.
After an on-site visit our project engineer, in consultation with colleagues in Noordwolde, arranged the necessary paperwork. A crane and transport were quickly organized to ensure the road could be reopened as soon as possible.

At 2 p.m. a DPP102-HK400 was pumping in Donkerbroek. This pump is automated in such a way that it starts pumping when the water level rises, thus completely taking over the polder pumping station until the province has repaired its own pump. 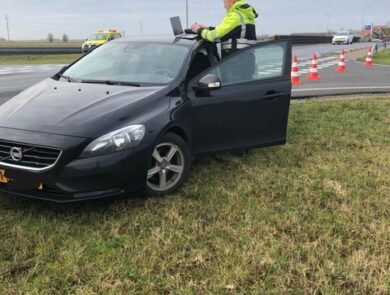 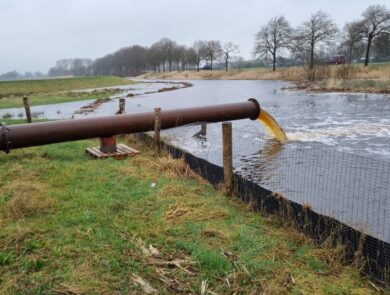 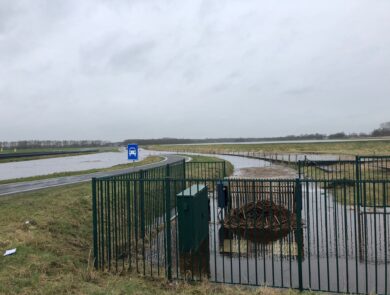 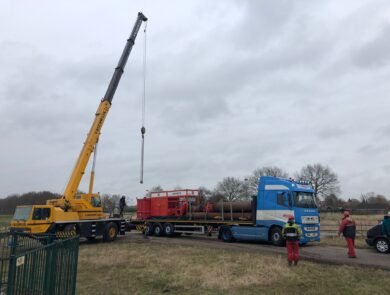 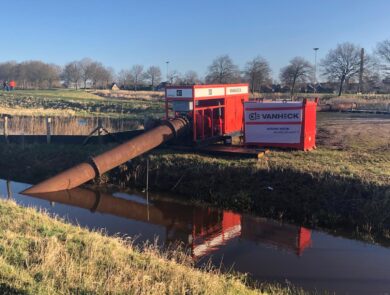 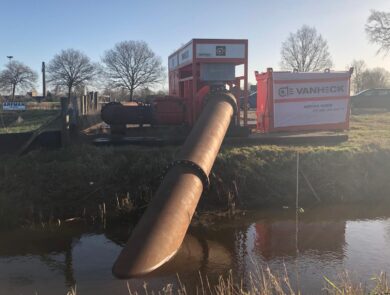 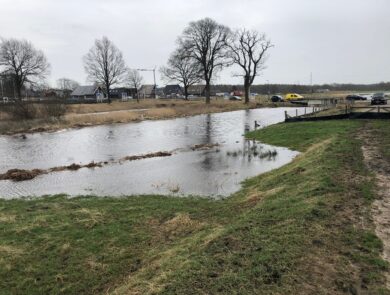