Van Heck has been commissioned to supply pumps and expertise for the massive task of removing shipwrecks. The pumps are used to blast off the sand and silt that cover the shipwrecks to enable the salvaging crews to raise the wrecks. This mega clean-up will take about a year and a half to complete.

Jeroen van Heck: “What they’re doing, in fact, is to suspend our underwater pump – a large submersible pump – from a crane to blast the sand and silt away from above with an enormous force. It’s done while the tide is going out to make sure that the silt flows off to the sea. We added air tanks to the system to make it easier to operate the pump. They pump the tanks full of air to avoid putting too great a burden on the cranes. It also helps to cut costs for the principal, who unfortunately does not wish to be named.” Van Heck also supplies a frequency converter that enables the system to run at variable RPMs. It cuts the operational costs and makes the system easier to operate. Cameras are used to continuously monitor the Hydro Digger under the water. 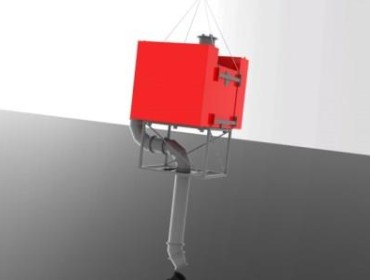 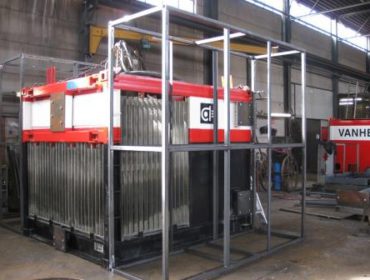