Environmentally friendly work Down Under

The choral reefs on the Australian coast play a vital role in the total ecosystem, so we absolutely can’t afford to let them get buried under a layer of silt. Needless to say, Van Heck jumped at the opportunity of finding an efficient, environmentally friendly solution for saving the Australian choral reefs.

Dredging operations at Port Hedland raise a huge amount of silt, which means there’s also a lot of silt in the water Van Heck’s been hired to drain. The solution is simple but effective: first let the water settle in a series of sediment basins, then pump the water – which still contains fine particles – a few kilometres out to sea. This is obviously only done during ebbs to prevent the tide from depositing the silt particles back on the vulnerable coastline.

Although Van Heck also works in hotter climates, such as India and the Middle East, the ambient heat in these areas put a heavy burden on the equipment. The pumps (HK700’s with a total flow rate of 10,000 m³/hour) can operate in ambient temperatures of up to 50 degrees Celsius. Van Heck’s pumps will be working in the most remote areas of the world until the third quarter of this year, after which they’ll come home to cool off for a while. Or move straight on to the next job. 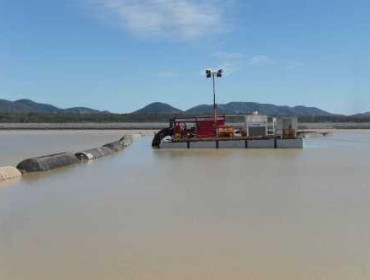 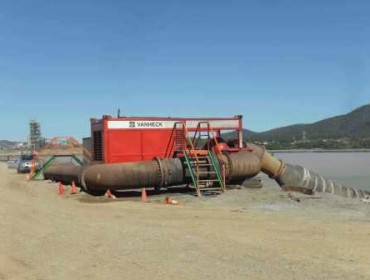 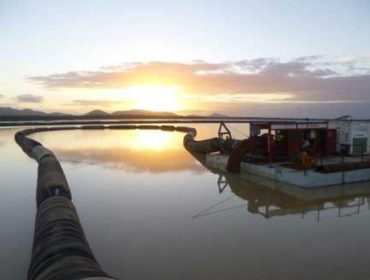