The Sea Trophy, the submersible oil recovery pump (formerly SORP) developed and patented by Van Heck, is ready for production. This means that the world is about to become a little greener. In addition, since this smart spindle pump is capable of pumping even the thickest fuel oil from a fuel tank in no time at all, shipping companies can look forward to considerable savings in the near future.

Van Heck designed the Sea Trophy from an idealistic perspective: to prevent oil-polluted beaches and the senseless destruction of innocent seabirds. Innovative shipping companies are invariably also interested in these pumps from the cost-technical perspective. Sometimes ships are refuelled with the wrong type of fuel; an unfortunate side effect of the proliferation of fuel types, which, in turn, is prompted by complex environmental regulations. The simplest, fastest, and therefore cheapest way of getting the oil out of a fuel tank is to pump it out the same way it went in.

How it works in a nutshell

It’s all in the details

The smartest thing about the pump is evident in a single detail: When Van Heck was looking for ways of reducing the size of the pump, it came upon an idea that spindle pump specialists have not applied before: positioning the spindles at an angle instead of in a straight line. The result: a smaller ‘worm’ that fits down a pipe with a 20-cm diameter. In spite of its limited size, this smart pump is capable of pumping no less than 70,000 litres per hour! Typical of Van Heck: Never looking at the problems, only at the solutions.

Van Heck’s fleet is always on standby for a disaster. Shipping companies have expressed an interest in keeping the Sea Trophy on board as part of their standard outfit, as it would promote compliance with current environmental regulations. 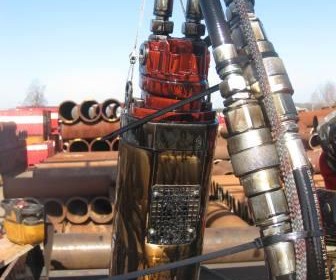 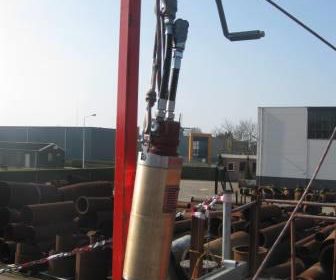