A chat with Hilko

We had a chat with Hilko, a Van Heck service technician for fourteen years. In these years of work Hilko has been able to see a lot of the world and he has worked on many special projects.
Two weeks ago he was in Liverpool for our customer Ravestein and we talked about his experiences.

Van Heck’s customer Ravestein is working on a new lock gate in the Eastham Oil Dock in Liverpool. Van Heck is called upon to empty the lock.
To create a good action plan for this project, our project engineer in Noordwolde first had to do some research into the history of the dock. Site drawings from almost 75 years ago were examined.

Before leaving for Liverpool Hilko tested negative for Covid-19 and was allowed to travel and install the two electrically powered AFP-600 pumps. After two hours of pumping, the lock did not empty any further. A leak in the lock wall was bigger than expected and a solution for this had to be found first. The leak was sealed with additional sluice gates so that the two pumps could stay ahead of the inflowing leakage water. The water in the lock soon sank at about two foot per hour; an amount of approximately 5500 m³. After 16 hours of continuous  pumping, the lock was almost empty and one pump was kept running  to keep the leaking water away.

Some time ago we wrote about the construction of the new 5ft control container, Hilko’s specialty. This container was put into use in Liverpool project  for the first time. “The brand new 5ft container with PLC control worked flawlessly, that became evident on site “- according to Hilko.

After four days in Liverpool, Hilko was able to return home. “It was a special experience. I had to have a negative test before leaving for Liverpool and, as we went to a vital working area, I didn’t need to be quarantined when I arrived there”.
“Meals could not be eaten in the hotel; all this had to be done on site. Relaxing with a beer in the hotel bar in the evening was not possible either. Before leaving, I was tested again for COVID and when I got home I had to stay at home in quarantine for 10 days. Fortunately, that time is over and I am  back to the work in Noordwolde. I like being at work!”

The job in Liverpool is finished and the Van Heck equipment is on its way back to Noordwolde again. 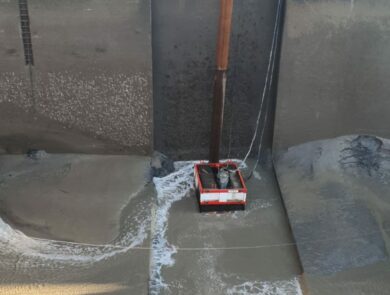 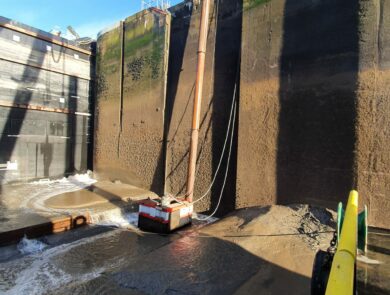 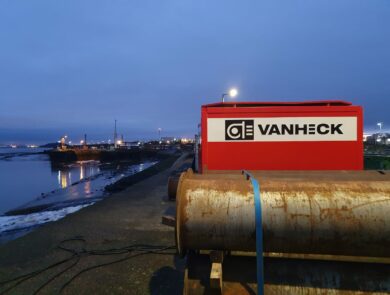 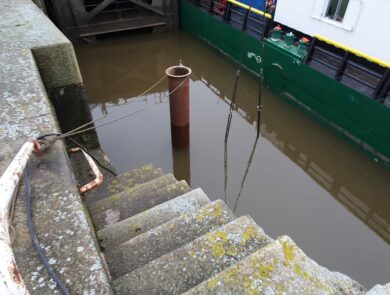 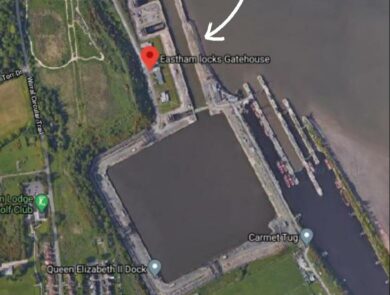