In early spring 2014, Van Heck came to the rescue of Somerset in the south of England, supplying the largest emergency pumping solution ever mobilised to pump out the mass of floodwater which had accumulated on the Somerset levels.

After Somerset, the Environment Agency issued a large tender looking for a preferred supplier for a selection of electrically and diesel driven emergency pumps. It goes almost without saying that Van Heck was on their list. After what only can be described as an intensive tender period, the five year framework agreement was signed and we can proudly announce that Van Heck became the preferred supplier for a selection of the diesel driven emergency pumps the Environment Agency requires.

In this five year period the Environment Agency expects to order a heathy number of emergency pumps to help out should flooding reoccur, but not just in Somerset. The pumps can be used anywhere they are needed, throughout the whole of England. 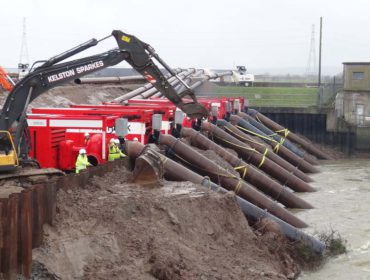